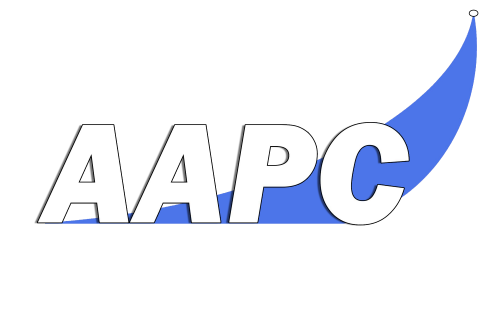 The Scientific Coalition for Ufology (SCU), a 501(c)(3), is sponsoring it's first conference on the subject of Anomalous Aerospace Phenomena (AAP). A recent announcement in 2017 of the Pentagon Program referred to as the Advanced Aerospace Threat Identification Program (AATIP) clarified that AAPs or what some had previously referred to as Unidentified Flying Objects (UFOs) were being seen in military exercises. For over seven decades there have been incidents where anomalous and unidentifiable aerial threats have had interactions with the military. This threat has remained elusive and unexplainable, yet persistently present with incredible cases that defy explanations. SCU is an organization composed of affiliate members from science, engineering, astronomy, psychology, chemistry, military and other disciplines with many holding PhDs, BS, BA degrees. These members are people who have a serious interest and have studied this phenomena both seriously and objectively. SCU seeks to hold this conference in the hopes of bringing together other serious minded attendees from Redstone Arsenal, NASA, military defense contractors and academia in order have serious a dialogue about this subject looking at how science can progress in studying the phenomena.

The conference schedule is as follows: Subject to Change

Presentations, panels and numerous times for discussions are planned. There are two receptions planned (Fri and Sat).

Rates are $175 per person. No tickets sold at the door.

Two lunches and two dinners are included in the cost as well as all non-alcoholic beverages. Costs pay for presenters, their transportation, lodging, and all food and refreshment.

Subjects covered will include:

As the former Program Manager for the Advanced Aerospace Threat Identification Program (AATIP), this presentation presents a unique perspective about this only recently known program that looked into the military related cases of unknown phenomena and their potential threat to our National Security interests and Aerospace Defense. While the program had its funding lasting until 2012, the program continues at the Pentagon. Announcements about its future role will provide insights that are not commonly known and these directions will help us get to answers that we have all been seeking.

Dr. Travis Taylor, Department of Defense - "A Scientific Approach to Analyzing and Preparing for an Alien Invasion"

The probability of an Alien Invasion of Earth or Humanity in some form or other is currently not a calculable quantity. While Hollywood blockbuster films have used the concept for more than a half century as plot mechanisms, for whatever reason mainstream science has disassociated itself from the topic for the most part. In fact, many mainstream scientists use the so-called "Fermi's Paradox" to "debunk" the idea of alien existence as well as invasion. We show in this presentation that "Fermi's Paradox" is based on invalid and incorrect assumptions and has no scientific basis for describing alien development and population growth. While precisely knowing the probability of an alien invasion is currently beyond human capabilities using modern information about stellar evolution and exosolar planetary formation enables some bounds to be determined. The probability of an alien invasion is in fact a finite value but how big or how small is difficult to ascertain. Realizing that the probability is finite suggests that at a minimum some preparations or, at the very least, investigation should be conducted into what an invasion might look like, how we might respond from civil, military, political, and socioeconomic approaches, and what we should be doing now to prepare just in case. Each of these concepts will be discussed from a scientific methodology with appropriate calculations and simulations.

Given the challenges of scientifically studying a phenomenon that is sporadic and unpredictable and the absence of any scientific data collected from reliable instruments, progress in learning more about Anomalous Aerial Objects (AAO) has stalled. It is obvious that to move forward, as in other areas of science, AAO studies require new research methods and innovative tools. The arrival of full, free and open high-resolution data Earth Observations (EO), the continuously increasing amount of imagery available, and the unique abilities and benefits provided by the remote sensing satellites, such as wide area observation and rapid measurement capabilities, offer a unique capability to gather objective data on AAO and therefore represent a promising new line of AAO instrumental research. We will focus on a potential application from the sentinel-2 satellites of the European Copernicus Program, which provide the availability of optical EO data at high temporal revisit (5 days at the equator), a fine spatial resolution of 10 meters, and a very wide coverage (swath of 290 km). The presentation will introduce the current paradigm shift for space based Earth Observations, show that some AAO characteristics could be used for searching for AAO in the Sentinel-2 imagery databases, and describe some spatial and temporal methodologies aimed at directly combining citizen reports with satellite data

The Aguadilla, Puerto Rico case was an event that happened on April 25th, 2013 and involved a Customs & Border Protection Dash 8 turboprop aircraft that recorded a thermal video of an unknown object. The flight crew was on a routine mission and having captured this video, shared this with others and later the pilot shared the video with another pilot located in Florida who in turn, passed it to Morgan. It was from there that a team, later referred to as SCU began a two year study of that video.

The Aguadilla 2013 case yielded solid evidence supporting the witness testimony. A thermal video lasting 3 minutes 54 seconds was obtained by the team and a two year analysis of 7,027 frames ensued. Additional radar data confirmed an object just prior to the pilot and control tower observations. Our analysis resulted in a 162 page paper which we published on our exploreSCU.org website. The paper was reviewed by a technical organization called CNES, which is the French version of our NASA.

On November 14th of 2004, the U.S. Navy’s Carrier Strike Group Eleven (CSG 11), including the USS Nimitz nuclear aircraft carrier and the USS Princeton missile cruiser, were conducting a training exercise off the coast of southern California when the Navy’s radar systems detected as many as 20 anomalous aerial vehicles (AAV). These AAVs were deemed a safety hazard to an upcoming air exercise and the Captain of the USS Princeton ordered an interception with two F/A-18F Navy jets. This paper examines the publicly available subset of these data: Eyewitness information from the pilots and radar operators; Freedom of Information Act releases of four navy documents; and a Defense Intelligence Agency released video taken by an F/A-18F jet using an AN/ASQ-228 Advanced Targeting Forward Looking Infrared (ATFLIR). The release of all navy records associated with this incident to enable a full, scientific and open investigation is strongly recommended.

On November 14th of 2004, the U.S. Navy’s Carrier Strike Group Eleven (CSG 11), were conducting a training exercise off the coast of southern California when the Navy’s radar systems detected as many as 20 anomalous aerial vehicles (AAV). These AAVs were reported to execute flight characteristics that were beyond any known capability of current technology. After extensive investigations into reports and video from the encounters, some basic details of distance and speed measurements were obtained. This data is used to derive the velocity,accelerations and energy requirements to execute these maneuvers.

Mathematical calculations were derived and applied, leading to the conclusions that these kinematic characteristics are impossible by currently known physics and refute the argument that these were just miss-identified ordinary civilian or aerial vehicles. Further this phenomenon appears to be of artificial origin and have machine like characteristics that rule out atmospheric phenomenon. The author believes that these results present an existential challenge to our world views and need to be investigated in a serious and scientific manner.

A sufficiently technologically advanced society capable of arbitrarily fast sub-light travel could take advantage of relativistic effects to traverse the galaxy in a matter of weeks to days proper time (ship time). However, for those that stay at home tens of thousands of years will have transpired during the journey as the effects of the twin `paradox' apply. For this reason, interstellar travelers would necessarily form a breakaway society in which all members travel regularly at relativistic speeds moving into the future at commensurate rates. Such a society would be nomadic in spacetime forgoing a permanent homeworld, which would require them to set up supply routes to obtain resources and to coordinate meet-up points and times to interact and exchange goods and information with fellow travelers. I will discuss some of the basic constraints that interstellar travel would place on such a society. I will also consider how the arrangement of travel routes would affect the flow of supplies and information, across the societal network. A range of accelerations of spacecraft will be considered, informed, in part, by inferred accelerations of unidentified structured craft (USC) observed on Earth. Ships traveling at accelerations of a comfortable 1g would be able to traverse the galaxy in about 20 years. Ships traveling at higher accelerations of 100g (still less than what is inferred from eyewitness reports) would traverse the galaxy in about 120 days, less time than it currently takes us to get to Mars. There are serious implications for the Fermi Paradox since at any point in time, it is far more likely that any given ship will be traveling to its next destination. The many serious engineering challenges will not be addressed.

​We do not speculate about propulsion systems outside the limits of clearly-foreseeable technology. Only a fool would doubt that technologies that we cannot imagine will be developed in the ages to come, and that older races possess such technologies (although many distinguished fools have done just that), but it is our purpose here to ascertain what we are sure can be done.

Hotels: (The Hotel Names are links to their sites.)

Hotels & Event are within 10 - 15 minutes of the Huntsville International Airport.

Conference Closing - Where do we go from here?

This event has ended